Shoes crunch over the white layer on the ground. Shielding eyes as the gust of wind lashes. It will ruin the holiday spirit if we don’t get there in time. Fighting the other families to get there, and grab it.

Looking over, seeing the spot. The perfect spot. Rushing over, dodging people. Drop the bags to claim the spot.

“Get the towels out. I’ll get the umbrella up.”

With well practiced speed, the set up is complete. Everyone sits and enjoys their Christmas picnic on the beach.

I look out of the Tower window. A new day dawns. It’s early, the birds have only just woken up and the sun is only just peaking over the horizon. It’s quiet. Peaceful. All I ever wanted for my afterlife.

Alas, that is not what I get.

I take advantage of this time before… Before all hell breaks loose.

I don’t understand it.

In my day, a castle was private unless otherwise arranged. Unless the monarch requested someone’s presence, they wouldn’t step foot anywhere near the perimeter.

Now they come in their droves. And queue. And talk. And point.

I drift down to the castle wall and peer over the rampart at the commoners standing far too close.

I drift along the halls and view them as they view their surroundings.

They poke and prod at all the belongings of royalty. They gawk at the priceless artefacts. All which have a value that exceed their wildest dreams. Them in their cheap clothing, and absurd headwear. Holding flat boxes, and oddly shaped boxes around their necks.

I wish I could poke them back. If I could, I would grab a musket off the wall and force them out. I’d brandish the swords and bar entrance. I’d throw the knives near the appendages and scare them off.

It’s unrelenting. They don’t stop coming. Even if the rain is hammering down, or ice covers the paths.

To think that this is what my ancient and noble house has been reduced to: a circus attraction for the common masses.

Another 100 words for the writing group

Full of dreams of a bright future. Finish school, get a degree, then enter your dream job. Not so fast, you need another degree. But how to pay for more education? Ignore all the jobs you’re still not qualified for, keep looking for anything. Oh there’s a job, the pay is ok and it kind of has some of your interests. Working and saving with the next degree in mind. By the time you’ve completed that next degree, you find out you still need more. By now the job that’s supporting your dreams has destroyed all passion for anything. 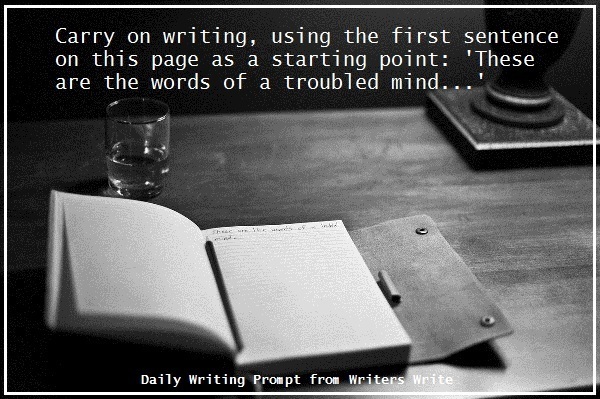 These are the words of a trouble mind. The troubled mind of a student. Why am I troubled? Well, other than the fact that I’m a student worrying about exams and grades, and that the longer I’m a student the more debts I gather, and the fact that I need to study for several years to qualify for my dream career, and, oh yes, once I am actually qualified, the chances of actually getting a job I want – a good job that will pay off my years of accumulated debt – become slimmer as the years pass.

I’m troubled by the fact that a magic book appeared to me out of thin air.